B.He is willing to mail this card for her
C. He hesitates(犹豫) to do it.
5. What does the man mean?
A. He didn't see the beginning of the film.

B. His house is far away from the theatre.
C. The film began ahead of time.
第二节（共15小题，每小题1.5分，满分22.5分）
请听下面5段对话或独白。每段对话或独白后有几个小题，从题中所给的A，B，C三个选项中选出最佳选项，并标在试卷的相应位置。听每段对话或独白前，你将有时间阅读各个小题，每个小题5秒钟；听完后，每个小题将 给出5秒钟的作答时间。每段对话或独白读两遍。
请听第6段材料，回答第6至8题。
6. What's Bob's mother doing?
A. She is buying a present for her son.

A. Compared with, a most satisfied

C. I don't know it's name                D. that he didn't know its name
B
American Space Agency officials say the new space shuttle(航天飞机) Columbia will be ready for its next flight in only sixty days. The Columbia landed on Saturday in California after a successful five-day flight. Space officials said preparations for the next flight must be done quickly because of the two-month delay(推迟) before the shuttle's first flight. Engine problems caused the delay of the space flight. But officials say Columbia worked very well during last week's flight.
61. This passage is _______.
A. a report made by the American officials          B. a piece of news
C. an article(文章) about space science             D. a short story
62. ________ caused the delay of the Columbia's first flight.
A. The bad weather            B. That something was wrong with the shuttle
C. Some officials             D. That the Space Agency had changed the plan
63. Which of the following statements is NOT true?
A. The Columbia's first flight was a success.

B. The Columbia's first flight was delayed.
C. The Columbia stayed in space for five days.
D. The Columbia will stop its flight because of engine problems.
64. The Columbia must have been launched (发射)________.
A. last Saturday     B. two months ago     C. on Monday     D. on Wednesday
65. An "engine" must be _________.
A. a person who is in charge of the flight
B. a kind of machine that gives power or makes things move
C. a place where the shuttle lands
D. something that is carried by the shuttle
C
Shah Jahan built the Taj Mahal in Agra, India in the 1600s. He wanted to make a beautiful place where he could bury(埋葬) his wife.
Mumtaz Mahal was not the only one of Shah Jahan's wives, but he liked her the most. He built the Taj Mahal for her after she died.
The Taj Mahal is one of the most famous things to see in India. It is a beautiful place. The Jumna River runs beside the north wall of the Taj Mahal. Also, a garden grows inside the Taj Mahal. This garden has a small river running through it.
Shah Jahan buried Mumtaz Mahal inside the Taj Mahal in a building which was made of white marble(大理石). This building has a big white round roof.
It took 22 years to complete all of the work on the Taj Mahal. After it was completed, Shah Jahan killed the man who made the Taj Mahal. Shah Jahan did not want him to ever build a building more beautiful than the Taj Mahal. Shah Jadan also cut off the hands of all the artists who took part in building the Taj Mahal. When people who study history hear of this, they are not surprised. From studying history, it is possible to find out that Shah Jahan was sometimes known to be a cruel man.
As for Shah Jahan, he was also buried in the Taj Mahal next to his wife after he died.
66. Why did Shah Jahan want to build the Taj Mahal?
A. He needed a new place to live.        B. He wanted to bury his wife there.
C. He liked beautiful gardens.          D. He wanted t bury himself there.
67. Who was Mumtaz Mahal?
A. Shah Jadan's wife                    B. The man who made the Taj Mahal
C. An artist                            D. A person who studied history
68. What can you see when you visit the Taj Mahal?
A. The Jumna River               B. The place where Mumtaz Mahal is buried.
C. A beautiful garden            D. All of the above
69. Why did Shah Jadan kill the man who made the Taj Mahal?
A. Shah Jahan didn't like the Taj Mahal.
B. Shah Jahan did not want him to make another building.
C. The man made a mistake.
D. The man did not finish the building.
70. What did Shah Jahan do that made some people think he was a cruel man?
A. He buried his wife.
B. He cut off the hands of many artists.
C. He built the tomb, the Taj Mahal for his wife before she died.
D. He had himself buried next to his wife.
D
Mr. Brown was going away for a week. Before he left, he said to his son, "If anyone asks for me, you can tell him that your father has been out to do something, and will be back in a week, then be sure to ask him to sit down for a cup of tea."
"Ok, Dad." said his son. But he was afraid his son couldn't remember this, he wrote these words down on a piece of paper and gave it to him. His son put it into his small pocket, took it out and looked at it every now and then(时时,偶尔).
Four days passed, but no one came to see his father. The boy thought that there was no man to come and that the piece of paper was of no more use for him, so he burnt it that evening.The next afternoon, someone knocked at the door. The boy opened it. A man was standing at the door and said, "Where is your father?" The boy put his hand into his pocket at once and looked for the piece of paper. He could not find it. He suddenly remembered he had burnt it, so he shouted, "No more."
The man was very surprised. He asked, "No more! I met your father last week. When did this happen?"
71. Mr. Brown told his son that ______.
A. he would be away from home for four days   B. he would be back in seven days
C. he would be back in a month              D. he liked a cup of tea
72. Mr. Brown wrote the words down on ______.
A. the wall      B. the door       C. a piece of paper    D. his son's pocket
73. A man came to visit the boy's father on _______.
A. the second day   B. the third day   C. the fourth day   D. the fifth day
74. The man was very surprised because __________.
A. he thought the child's father was dead

B. the child didn't ask him to sit down
C. the child gave him a cup of tea

D. he couldn't find that piece of paper
75. What was burnt?
A. The piece of paper       B. Mr. Smith      C. The visitor      D. The boy
第Ⅱ卷(共35分)
第四部分：书面表达（共35分）
第一节：填空（共10小题；每小题1分，共10分）
阅读短文，根据所读内容在表中的空格处填上适当的单词或短语，每空不超过3个词。
A great jazz piano player is a ...CANADIN!
Musicians
There are many Canadian musicians who have made important contributions to the music of the world. Oscar Peterson is a pianist from Montreal who is one of the "jazz giants" of the world. He has made over 150recordings and CDs and has played with the greatest jazz musicians in history. Although he is quite old now, he still goes on tour with his trio(钢琴三重奏).
A brave medical researcher is a ...CANADIAN!
Scientists
Dr Nancy Olivieri, a children's doctor from Toronto, has become famous for refusing to accept a drug that she was working on. A big drug company had paid her to do the research, and when she found that the drug was dangerous to children, she insisted on making a public report. The drug company and the hospital where she worked said they would make her pay for being honest and make her lose her job. She refused to change her report, and is now a hero to honest medical scientists.
The best hockey player in the world is a ...CANADIAN!
Athletes
Everyone who is interested in ice hockey has heard of the Canadian star Wayne Gretsky, "The Great one." People say he is the greatest hockey player who ever lived, and he is most admired for the fact that he was a real team player. He believed that working with the team to score goals was more important than being the star. In spite of this, he was the star player and scored a record number of goals.
The information about the three outstanding Canadians Character Hometown/called Job What he/she did Oscar Peterson 76._________ 77._______ He has made over 150 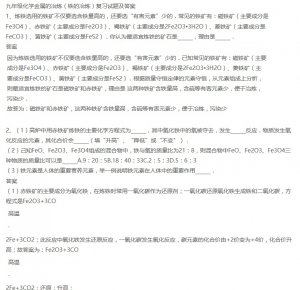 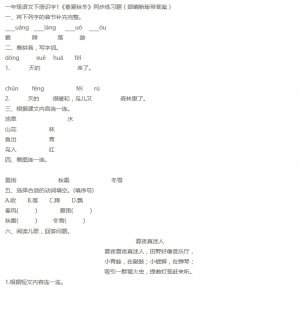