二. 阅读理解 （共25小题; 每小题2分，满分50分）:
A
There is an English saying that goes, "he who laughs last, laughs the hardest." High School Musical star and teen heartthrob (让人心动的男人)Zac Efron is laughing a lot these days.
As a young boy, Efron was picked on in school because he was always the smallest in his class and teased because he had a big space between his teeth. In sixth grade, Efrons basketball team made it to the league championships. In double overtime (两个加时赛), with three seconds left,he rebounded the ball and passed it to the wrong team! They scored and his team lost the game.
But history, as they say, is a thing of the past. Now at 21, Efron is one of People magazines 100 Most Beautiful People, graces the cover of Entertainment Weekly, Hollywoods most influential magazine, and is traveling the world promoting the third High School Musical film. Director Adam Shankman described Efron as "arguably the biggest teen star in America right now." Simply google "Zac Efron" and you get more than 14 million responses. Yes, it seems Efron has a lot to smile about these days.
Efron was born and raised in California. He took school seriously. According to Efron, "he would flip out if he got a B and not an A in school, and that he was a class clown." It was his father who encouraged him to act. He took part in school performances and with a local theater group. He also took singing lessons. He graduated from high school in 2006 and was accepted at the University of Southern California to study film. But he deferred--why study movies when you can star in them.
Now he has signed on to star in the romantic comedy Seventeen Again and to play in the remake of the hugely popular movie, Footloose. Efron is also earning more than $3 million for his role in High School Musical 3. Not bad for a 21-year-old. But Efron still remembers those bullies.
"You always have to remember that bullies want to bring you down because you have something that they admire," Efron said. "Also, when you get made fun of, when people point out your weaknesses, its an opportunity for you to rise above."
Efron has risen all the way to the top of the movie business. And he can now laugh all the way to the bank.
16. Which of the following might be the best title to the passage
A. Dont give up                  B. He who laughs last laughs the hardest
C. Zac Efrons life story            D. Zac Efforts success in musical film
17. How do you understand the sentence "But history, as they say, is a thing of the past." in paragraph 3?
A. History is a collection of the past.
B. Zac Efrons history is wonderful.
C. Different from history, Effort is quite popular now.
D. History plays an important role in Zac Efrons life.
18. What did Zac Efron do when he was laughed at?
A. He couldnt accept the fact in the beginning, so he escaped.
B. He was so angry that he shouted at the person who teased him.
C. He cried and told the whole matter to his father to get comfort.
D. He cheered himself up and used it as motivation to move on.
19. Whats the main idea of Paragraph 3?
A. It mainly talks about Zac Efrons history.
B. It mainly focuses on how Zac Efron grew up.
C. It talks about how Zac Efron dealt with his business.
D. It talks about Zac Efrons successes in career.
20. Which of the following is True according to the passage?
A. Zac Efron was laughed at because he was the most foolish guy in the class.
B. Zac Efron is promoting his fourth High School Musical film in the world.
C. He once helped the other team win a match when he was playing basketball.
D. In his growing process to be a famous actor, his mother played a key part.

B
When Matthew Jones decided to donate a kidney (肾) to a stranger, the Michigan father of five had no idea hed be starting a life-saving, "pay-it-forward" chain.
His kidney donation to a Phoenix woman in 2007 set off a long-running organ donation that resulted in 10 sick people getting new kidneys over a year. It hasnt ended yet.
Jones, who lives in Petoskey, Michigan, heard a news report about a man giving a kidney to a stranger and thought hed like to do that, too. He worked with a transplant center in Buffalo, NY, but no match worked out.
He ultimately(最后) was referred to Dr Michael Rees, a transplant surgeon at University of Toledo Nedical Center, who was trying to design an advanced living-donor pairing system.
It paired the 30-year-old Jones with Barb Bunnell, a 53-year-old Arizona woman whose husband wanted to donate a kidney to her but was incompatible.
Just after the July 18, 2007 surgery, Jones recalls feeling "like a truck had run over me". But he was well enough to go to a Diamondbacks baseball game five days later.
Bunnells grateful husband, Ron, then became what Rees believes is the worlds first "bridge" donor, meaning he donated his kidney later.
Ron Bunnell was on a plane a week later to give his kidney to a 32-year-old Toledo woman, Angie Heckman. Shes a waitress at a bar owned by her mother, Laurie Sarvo. Sarvo then gave a kidney to a woman in Columbus, Ohio, whose daughter then became the fourth donor in the chain.
On it ran through patient-donor pairs including two more married couples, a daughter and father, and two friends. The last operation was done last March, with a 60-year-old woman in Toledo getting a kidney from a Baltimore donor. That recipients daughter wants to donate a kidney, but a match hasnt worked out yet.
"Theres a very good possibility that when Im dead and gone, this chain will still be going on," Jone said.
21.What made Jones decide to donate his kidney?
A. His plan to start a life-saving kidney donation chain.
B. His plan to start a living-donor pairing system.
C. The example of a man who had donated a kidney.
D. The example of a man who had taken part in a donating chain.
22.The underlined word "incompatible" in Para.5 probably means "___".
A. of different types      B. with health problems
C. for a better use        D. in a good condition

三. 信息匹配 （共5小题; 每小题2分，满分10分）：
以下是五位专家的建议。请匹配这些建议及对应的生活感想或经验介绍(A、B、C、D、
E和F)。选项中有一项是多余选项。请将答案代号(A、B、C、D、E、F)写在答题卷41~45的相应位置上。
41. You should watch where your weight accumulates. You can use the waist to hip ratio to find if there is too much fat around the middle. Belly fat is especially dangerous because it release free fatty acids directly to the liver, virtually flooding it with fat.
42. If a particular food is important to you, eat it, but work it off. You should try to learn the art of compromise.
43. At the same time. the three-for-one is relatively simple to use. Fat grams and calories are listed on almost all boxed, canned or packaged foods-you have only to read the label and follow the rule. A five-year-old patient of mine can do this.
44. Drinking water is basic, and drinking enough of it is necessary. Patients are sometimes surprised that basic things work when they do them consistently.
45. Consume antioxidant foods. They protect the cholesterol(胆固醇) from oxidative damage,which helps prevent damage to blood vessel walls.
A. More than nine years ago I was 70 pounds overweight and wore a very big dress. I had tried different diets and lost weight only to gain it back. Finally a simple "three-for-one" fat rule worked for me: consuming no more than three grams of fat for every 100 calories per serving. Following the rule and eating only foods that contain less than 30 percent fat, I spent eight months getting down to a size seven, and Ive kept the weight off for nine years.
B. And for foods that arent packaged, you rely on what we already know about them. Red meat,as well as dishes made or served with butter, gravy, cream sauce or cheese, are almost never less than 30 percent fat--so you just dont eat them. On the other hand, some non-packed foods -- all fruits and vegetables except avocadoes and olives -- always pass the test. So do most fish, but not when fried.
C. I like vegetables, which are rich in vitamins. Most foods containing vitamins C and E(such as sweet potatoes, tomatoes, spinach and broccoli) are low in calories and are known as antioxidants（抗氧化物质).They can help reduce the possibility to develop hardening the arteries (动脉)
D. I gain weight around the belly--what we call abdominal obesity, the worst kind. The tendency seems to be hereditary (遗传的) , and its common among men. This problem increases the risk of a stroke or heart attack.  A guide I use in estimating belly fat is the waist-to-hip ratio or WHR. To find yours, divide the circumference (周围) of your waist by the circumference of you hips. Women with ratios above 0.8 and men with ratios above 1.0 are at increased health risk.
E. My ways of keeping healthy are very simple, and they are among our everyday activities: eating healthy food and doing exercise. In addition, I manage to do those basic things, such as drinking water, sleeping well and eating less fat. Sometimes I do some of the other things I used to do in my life like walking for half an hour a day.
F.  Although Ive put on ten pounds. Im healthy and in good shape. I eat food thats good for me...but I work off Susans homemade brownies (巧克力蛋糕), for example, To offset these
extra calories, I walk for an hour or more, three times a week...often with Susan. Were both busy and this is one way we have some quiet time together. Equally important, it permits me  to practice dietings fine art of compromise.

第II卷 （共60分）
四. 语法填空 （共10小题；每小题1.5分，满分15分）：
Many years ago, when I was fresh out of school and working in Denver, I was driving to my parents’ home in Missouri __46__ Christmas. I stopped at a gas station about 50 miles from Oklahoma City, __47__ I was planning to stop and visit a friend. While I was standing in line at the cash register, I said hello to an older couple who were also paying for gas. Then I took off, but had gone only a few miles __48__ black smoke poured from the back of my car. I stopped and was wondering __49__ to do when a car pulled up behind me. It was the couple I __50__ (speak) to at the gas station. They said they would take me to my __51__ (friend). We chatted on the way into the city and when I got out of the car, the husband gave me his business card. I wrote him and his wife __52__ thank-you note for helping me. Soon afterwards, I received a Christmas present from them, __53__ (come)with it was their note that said helping me had made their holidays meaningful. Whenever I was helped, I never failed to say “Thank you” -- two simple __54__ powerful words. __55__ are easy to say and mean so much. 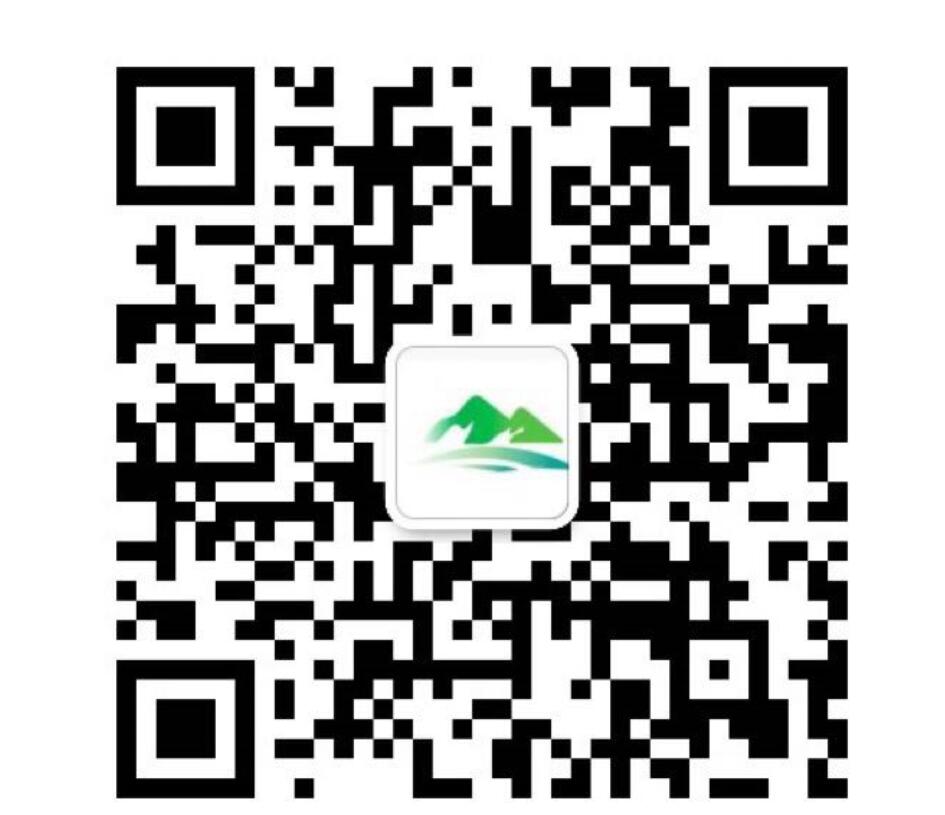