5. How many days are they staying in Wuhan?

7. What does the woman want?

8. Who are the two speakers?

A. Husband and wife.

B. Teacher and student.

9. Whose birthday was it yesterday?

A. She wants a better job.

B. She likes being a secretary.

13. What are the two speakers mainly talking about?

14. How many people at least are going?

16. Where are the two speakers talking?

A. In the hospital.

17. What happened to Betty?

A. She fell off the bed.

B. She had a car accident.

C. A volleyball hit her.

A. To travel by bus.

C. To take some medicine.

C. To the police station.

A. For a holiday.

C. To visit her school.

21. What can we learn from the conversation?

A. They haven't changed at all.

B. They were in different classes.

C. They knew each other before.

22. What were the children going to do after their mother died?

A. To leave home with some money.

C. To live together.

24. How did the children become rich?

A. By working together.

B. By buying and selling fruit.

C. By making friends in town.

A. Each child would have a farm.

B. Her children would be kind to each other.

C. Her children could count money on the farm.

A. It doesn't matter

B. Thanks a lot

— Wow! This is delicious!

— Sure. We have rooms available here.

A. what is Matt doing

B. where has Jason gone

C. when will Aaron leave

D. who did the washing

Four years ago, Joel Kline gave up his job as a magazine editor to become a freelance copywriter for advertisements, but now he had money trouble. He says that he wishes he’d never 41 to set up his own business.

“I am now in such a bad situation,” says Joel, “I hope I am 42 working as an editor. You see, I was 43 with my job, and I used to get really angry at my boss and the way he used to 44 me around all the time. I talked to a few friends and they said that they could give me 45 , so I told my boss I was leaving. At first, everything was 46 : I had so much work that I had to take on an assistant（助理）,my best friend at work, Don, just to be 47 to finish things on time. And soon we 48 large amounts of money. Don and I had a really great lifestyle, and when the work was finished, we used to take good 49 in places like Cancum and the Bahams, just to get relaxed.

At first, we were busy having fun, and charged（支付）everything to my credit cards instead, but then I began to 50 how much in debt（负债）I was. At last, I had to 51 Don off. I then had to sell all my office equipment（设备）. Now I could do almost nothing even if people 52 me. Things got so bad that I even asked my old boss if I could do some work for the 53 ,but he said that I'd been so 54 to him when I left that he would never employ（雇佣）me again. I've had to 55 my business now and I don't know what I'm going to do for money. It just goes to show, if you set up your own business, you shouldn't spend money you don't have. ” 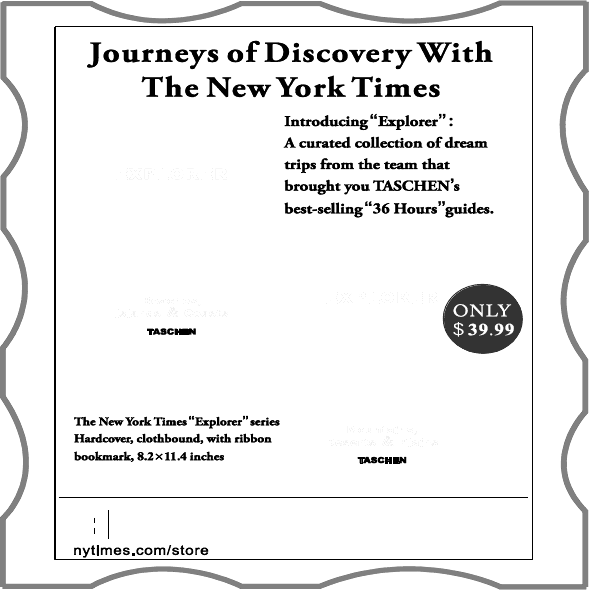 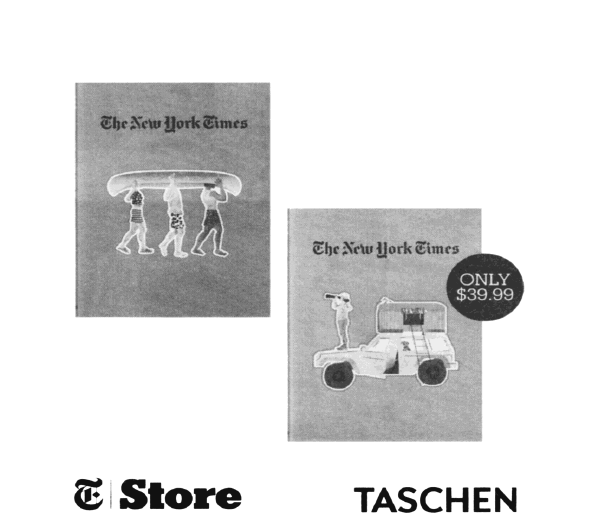 A. The New York Times

D. prices of the new books

A. the name of a writer

D. a company that produces books

59. What can we learn about the books from the material?

A. They are very expensive.

B. They are well designed and made.

C. They are sold by a team of writers.

D. One of them is about “Beaches’,”“Islands” and “Deserts”

You don't have to be a scientist to solve big environmental problems. One Dutch designer is finding creative ways to make a change — and he's inviting bikers to join him.

Daan Roosgaarde,38,is a designer from Holland. He uses creative ideas to improve city life. For his Smog（雾霾）Free Project,he designed a special tower that cleans air in Chinese parks. In Holland, he designed a shining bicycle path.

Now Daan and his team are working with engineers at Chinese bike-sharing company Ofo to create a new product for public use. It's an air-cleaning machine connected to a bicycle and is part of the Smog Free Project. In smoggy weather,the machine would breathe in the air in front of the bike and blow out a stream of clean air toward the biker's face.

It's no secret that air pollution is a big problem for China. In winter,it's common for thick clouds of haze （霾）,caused largely by factory production,burning of coal and car emissions（排放物）,to cover areas of China.

In 2016,only one-fourth of Chinese cities met the country's air quality standards,according to a survey of 338 cities nationwide from the Ministry of Environmental Protection.

“Of course one tower and a few bikes won't solve China's air pollution problem,”Daan said,“But smog-free b ikes are an exciting idea that will hopefully inspire communities to create greener cities. ”

A. air pollution is not a big problem in China

D. the survey of 338 cities nationwide was not necessary

A. blowing out dirty air

B. running fast with the bike

C. cleaning the air around the biker

D. breathing in dirty air and cleaning it

A. people who have creative ideas can get free bikes

B. only smog-free bikes can go on the shining bicycle path

C. Daan and his family spent all their time improving China's air quality

D. China's haze in winter happens because of more than three causes

A. raise money for the tower

B. test his new machine

65. What is the best title for the passage?

A. Breathing In and Out

B. Biking for Fresh Air

C. Survey from the Government

Don't Judge a Book by Its Cover

Ever since I was a little girl,I've loved reading crime and detective（侦探）novels,so I guess it was pretty normal that I started writing them when I was older. However, my family is very big on having a traditional career（职业）and so when I said that I wanted to go to college and study writing,my parents told me that I couldn't. They told me that I had to study for a degree so that I would achieve a career,and not something as risky as writing. I suppose I could have studied journalism（新闻专业）,but I didn't want to lose interest in writing because it would be something I would do every day for work,not for pleasure. I thought that teaching looked like a pretty good compromise（妥协）,especially because of the long holidays. It was a good choice: by the time I was twenty-five,I'd already finished two novels and had an agent.

To be honest,I never meant to keep my being a crime writer a secret or anything,and my friends have always known. One of the reasons most people don't know is because my agent told me that my name Hazel sounded too much like a romance（浪漫）novelist for older women. She suggested Brooke Lane and I thought,“Well,if you think it'll make me successful,okay. ”I'd totally forgotten about it until I walked into school one day and saw one of my workmates reading my novel. I asked her some questions about it,and it was so clear that she had no idea that I'd written it — she even offered to lend it to me after she'd finished! Of course,sometimes I wonder what my students would think if they knew that their teacher was going home on the weekend to write about murders and dead bodies, but I think my parents probably did me a favor: my teaching job keeps me in touch with the real world.

C. a teacher and artist

D. a teacher and writer

A. to give no advice

C. to have more experiences

D. to misunderstand something

A. agreed to study journalism for a degree

B. accepted Brooke Lane as her pen name

D. told her workmates about her writing novels

A. Hazel likes showing off in public

B. Hazel's students all want to write novels

C. Hazel's agent has played a role in her success

73. Mary decided to _____ for a job at an after-school reading program last year.

74. We usually plan to do something _____,or go somewhere together.

75. Although the storm broke many things apart,it _____ families and neighbors closer together.

It was at an exhibition of the artists' works organized by the Red Cross. I was invited as a special g 76 to attend the exhibition. During this period,two cute girls of 16 or 17 years old came to me and asked me for my signature（签名）.

“I haven't brought my pen. Is the p 77 okay?”Actually,I knew they wouldn't r 78 . I just wanted to show a well-known writer's good manners to the c 79 readers.

“Certainly,”the young girls readily a 80 . I could see they were very excited. Of course,their excitement also made me feel more pleased and satisfied. One of the girls h 81 her fine notebook to me. I turned over the cover of the notebook,wrote a few words of encouragement n 82 , and signed my name. The girl read my signature,frowned（皱眉）,looked at me carefully and asked,“Aren't you Robert Charboss?”

The young girl turned to the o 84 , shrugged（耸肩）and said,“Mary,lend your rubber to me. ”At that moment,all my p 85 turned into a bubble（泡泡）immediately. Since then,I always warn myself: no matter how outstanding you are,don't think highly of yourself.

I’m Li Ming. There are three people in my family. We get on well with each other and our neighbors as well. My parents are both teachers and they're very popular at school. They often spend lots of time with me, sharing different ideas. We do housework together at home. And we do outdoor activities to get relaxed on weekends. I have many family rules and I think they help me be myself. I feel very happy and proud of my family. (79 words)备注：以下内容仅显示部分，需完整版请下载！