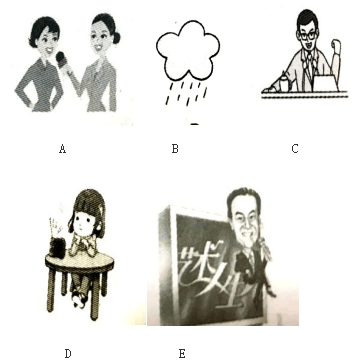 C.I traveled there by taxi.

（）14.which two teams played the football game on TV today?

A.It was Germany against England.

B.It was France against England.

C.It was France against Germany.

B. The French team.

B. getting up early

B. in the chess club

D. not to smoke

D. to stop having

（）6.Our physics teacher told us that light ______faster than sound.

A.when will the train leave

B. when the train will leave

B.where will the train leave D. where the train will leave

B. day after day

A: We’ve been in this shop for three hours. I feel a little tired.

B: Really? I got a really funny cartoon DVD yesterday. Why not come to my house to see it after shopping?

7.They have known each other since they were young.（英译汉）

8.Hobbies can make you grow as a person, develop your interests and help you learn

A large number of people in the world eat fast food.Whenever you go into a fast food restaurant, you can see lots of people enjoying their meals there.But do you know in which country people like fast food best?

The English people like the fast food best, while the French are the least interested in quick meals, according to a survey done last year.

The survey shows 45% of the English people say they can't give up fast food because it’s delicious. And 44% of Americans, and 37% of Canadians say the same reason.

The French, proud of their delicious and high-class cuisine, don't like fast food. 81% of them think it is unhealthy, followed by 75% of the Japanese.

How about the Chinese? How often do you have hamburgers or fried chicken? It doesn't matter whether you like Western fast food or Chinese food. The most important thing is to keep a balanced diet.

（）1.From the survey we know the Japanese like fast food best,

（ )3.According to the survey, some people can't give up fast food, because it’s delicious.

( ) 5. The survey is about Western countries.

I’m Anna. Early last week, my parents said we would spend our vacation in Grandpa’s house. I wasn’t excited because he lived far away from us! Usually we flew there, but this time Dad said he would give us a chance to enjoy the beautiful sights.

We drove for nearly three hours before meeting the first interesting sight: the World’s Largest Peanut. I thought it broke up the boredom (无聊) of the car ride.

And then we stopped for lunch at a seafood restaurant. Dad said t he fish wasn’t as nice as that at the Fishing Hall of Fame. After lunch, Dad drove to a place called Ruby Falls. I took lots of pictures there and started to have fun.

We stopped at the World’s Largest Catsup (番茄酱) Bottle the next day. I did find it very interesting. It was a water tower, but it could hold over 600,000 bottles of catsup.

When we finally got to Grandpa’s, I was too excited to jump out of the car. It w as really a great trip for me.

( )1. Why was Anna not excited abo ut going to her grandpa’s house at first?

A. Because his house was near her house.

B. Because there was nothing to do at his house.

C. Because his house was far away.

D. Because she had to do a lot of house-work.

A. The World’s Largest Peanut.

C. The Fishing Hall of Fame.

A. Three hours after they left home.

B. Before lunch on the first day.

C. After lunch on the first day.

( )4. Which of the following is TRUE according to the passage?

A. An na had a good time on the way to Grandpa’s house.

B. Anna’s father liked the food at the seafood restaurant.

D. Anna’s grandpa lived with them together.

B. An Interesting Trip.

The people in Germany put their rubbish into different bags---paper in one bag, plastic in another bag. Laws do not allow people to bring to burn too much coal.

1.Which countries in Europe work very hard to improve the environment？

2.Who put rubbish into different bags?

3. Can the people in Germany burn too much coal?

4.When did the “ Green” movement begin?

5.What does the “ Green” movement try to do?

1. not only but also

6.won the hearts of

9. I don’t know / understand why they like computer games so much.

2.The people in Germany.

5. Get governments to protect the environment.